What is scanning electron microscopy?

The resolving power of an SEM is usually up to about 0.01 µm, the depth of field at 1000x magnification is about 35 µm. The maximum achievable magnification depends on the voltage with which the primary electrons are accelerated.

The SEM is mainly used for damage examinations, as it is particularly suitable for examinations of fracture surfaces (microfractography) and other damage due to its large depth of focus. Furthermore, chemical analysis can be carried out in appropriately equipped SEMs using EDX analysis. In this process, thin surface layers are caused to emit X-ray spectra when they are hit by highly accelerated electrons, which are then evaluated by detectors. 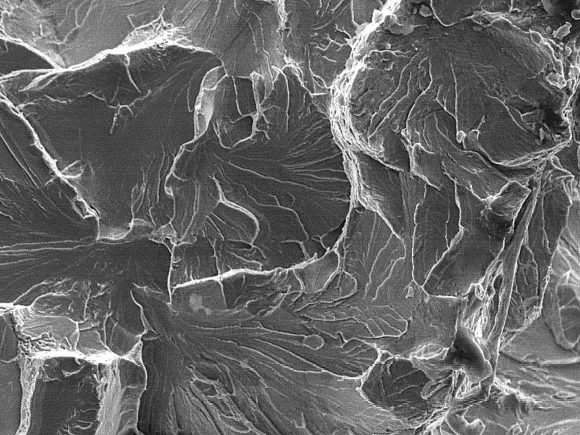 Range of services of our materials testing laboratory

Our materials laboratory has the testing devices and equipment for tests in the field of scanning electron microscopy (SEM) and EDX analysis.

In the following table, you will find some abbreviations for named designations.

What benefits do you get from scanning electron microscopy?

Scanning electron microscopy provides you with information about the type of damage or the fracture character of the fractured surface. It can therefore give you clues about the cause of the damage. Use energy dispersive X-ray spectroscopy (EDX analysis) and have the surface coating of your sample identified!

Are you in need of scanning electron microscopy?

Back to materials laboratory