What is IP protection type testing?

The abbreviation IP stands for International Protection. IP protection class tests show how protected the installed components of your products are by a housing from various environmental influences such as dust or water. Furthermore, IP tests can also determine the protection against contact and foreign bodies. In our protection type laboratory, we have a wide range of modern equipment to test all common degrees of protection for enclosures, electric motors and automotive parts. In addition, we also offer tests for the military sector and civil aviation.

What do the code numbers mean?

Definition of the ratios

Testing for the aviation and military sectors

In our protection type laboratory, we also have equipment with which we can test the highest requirements for enclosures. In our laboratory, for example, the abrasive effect of highly swirling dust on your components and enclosures is tested. The combination of water and wind can also be simulated in our laboratory. 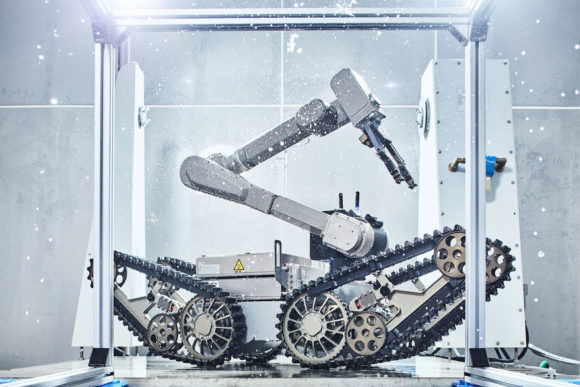 What are the advantages of IP protection class tests?

Thanks to the know-how of our engineers and our modern facilities, we can test all common degrees of protection, such as IP65. Special tests in the area of protection classes are also possible with us. Our facilities with a volume of more than 50 m³ and a floor load of up to three tonnes ensure that we can detect and eliminate any weak points on test samples with a height of up to three metres. This early control can reduce production costs and prevent image damage due to product liability. Additionally, , our accredited test reports also give you an advantage over your competitors.

Are you in need of protection type testing?

Back to environmental laboratory